It's been awhile since I've written on this blog.  Over a year in fact.  Did I keep you in suspense?  Lose all interest?

Anyway, I've talked about a lot of things on this blog, so I decided to change the name.  Again.  Our "Adventures in Adoption" won't be happening for a while.  It's a long story.  One that I've come to the conclusion will always hurt, no matter the time that passes.

To be honest, this didn't surprise me.   Ok, the egg thing surprised me.  But we put the oldest on a casein free diet once before.  He did seem to improve, but I wasn't positive.  The next time we tried, I didn't see any improvements.  But looking back, when I took him off of dairy I also increased eggs.  And the second time I wasn't as strict about it.

I've suspected that son #2 had a problem with gluten for a while.  We had him tested for Celiacs, but that came back ok.  Turns out that a lot of people have problems with gluten that are not Celiacs.

So, starting on Monday, one boy cannot have casein or eggs.  The other can't have gluten.  My head is already swimming.  We did some shopping to pick up a few things for each of them.  The oldest isn't too happy about this, but I'm hoping that he'll cheer up with Vegan Parmesan.  And Earth Balance Mayo.

My current challenge is label reading and redoing the grocery budget.

How about you?  What has been challenging you lately?

Well, we're moving! Not what we expected, but here we go anyway. Here are some pictures of things that we're selling before we go! 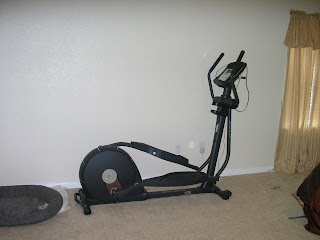 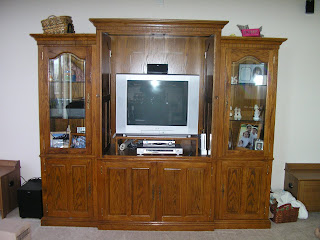 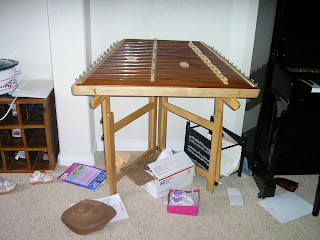 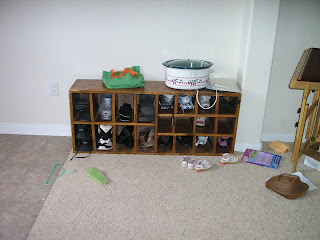 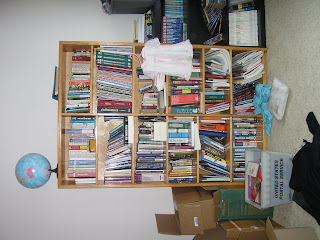 I'm also selling a bucket of granola that I bought at the local food co-op. It's really good....it's just not gluten free. Shortly after I bought it I had to cut out all gluten, and my family isn't as in to granola as I am. Practically completely full. $25.
Posted by Cloth by Kim at 12:19 PM 3 comments:

Recently I've been making cloth diapers and things that are along those lines. It's helping to keep my mind busy so I'm not just waiting around. Some of my friends have asked me about making a few things for them. I came up with these patterns after looking at several that I liked, then took the best parts of everything to make these.

Disclaimer: I am trying to make these affordable while still making a small profit (which goes to our adoption fund). I buy the material on sale at a discount when I find it, so these are not "cute" diapers. They are one color. If you want something specific then I can try to do that too, but I may have to charge you a little more since these prices are based on my finding the best deals and passing that along to you. I also will not be keeping things in stock so it may take up to a month from the time that I receive your order to when you receive your product. That allows a week to order the material, then time to make it, and then mail it out to you. At lastly, I am not a "professional" seamstress, and I am still learning. I welcome ideas on how to make these things better!

I'm also working on a pair of training pants for a friend. They'll be waterproof with side snaps so they can be easily removed in case of an accident, but my goal is that they will also be able to be pulled up and down easily at the potty.
Posted by Cloth by Kim at 11:29 AM 3 comments:

It's time for an update!

We signed our paperwork in December so now we are officially licensed as a matched adopt home. What does this mean? It means that we passed everything and can now "officially" be on the lookout for kiddos. Our case manager will be looking for us and we will keep our eyes on the TARE website. Most kids are matched before they make it onto TARE, so chances our that our case manager will be calling us at some point with a match! The process after that is full of things to do, so right now we are just focusing on our ongoing training (we have quarterly home visits that include reports on what we've learned and how we'll apply it) and getting our hearts and home ready for our new children.

I've been posting some things about fundraisers so I'll let you know what I still have going right now. For the moment I'm not doing any online fundraisers, but I am selling things that we've had donated to us or sold to us at a great discount! Here is what I have:

Sorry that I don't have pictures. My camera has decided to quit working for the moment :-(

Email me or comment if you're interested in purchasing any (or all!) of the items listed!
Posted by Cloth by Kim at 10:26 PM 2 comments:

I now have Wick & Petal Candles for sale! These candles are 14oz and burn for 50-60 hours. We have been burning the Christmas Splendor at my mom's house and we both are amazed at how well these burn! Seriously! The wicks are self trimming and the natural palm wax is burning down very nicely! These sell for $15 each. I have already sold some, so here is what I have now:
1 - Monkey Farts (banana and citrus)
1 - Pumpkin Cream Cake
1 - Christmas Splendor
3 - Hot Baked Apple Pie

Go here to buy some cute handmade jewelry! Enter "Prather Adoption" at checkout :-)
Posted by Cloth by Kim at 12:51 PM No comments:

Things that I Can Make

I've been trying to compile a list of things that I can make to sell to raise money for our adoption expenses. This is the list that I've come up with so far:

My problem is that I have no idea how to sell the stuff! And to be honest, some of these things cost enough money that it's easier to make them as they are ordered. Maybe I'll just be spending too much time trying to do this? Is it worth it? All of these items can be found on etsy, so I'm not sure that I'm unique enough for people to buy from me vs. everyone else that's out there!

We need about $1000 in furniture type items. Other than that, we're really don't need much else as long as we continue our plan of adopting through foster care. I've thought about teaching piano again, but I would really not be able to keep up with that once our children are home with us. I'd hate to start something that I knew I wouldn't be able to keep up.

What are your thoughts?
Posted by Cloth by Kim at 8:30 PM 3 comments:

Cloth by Kim
Wife of 1, mom of 5, that likes to talk about any and everything. Except politics. Rarely politics.

How I Stay Informed